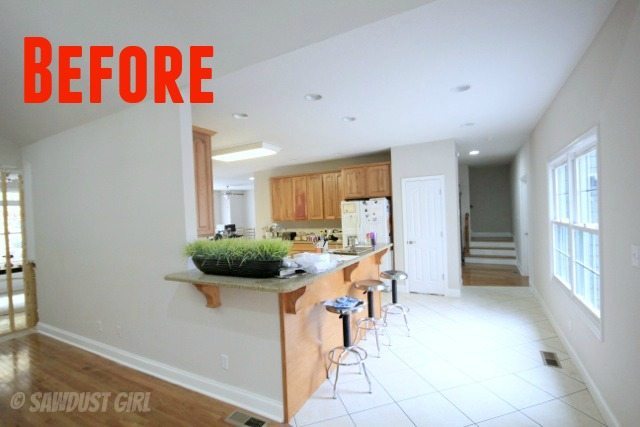 Happy 2015!  This house underwent a lot of changes in 2014.  The biggest change was the kitchen remodel — or most of a kitchen remodel.   It’s been a whole year since this project began so here’s a short Kitchen Remodel Recap of what’s been done so far: 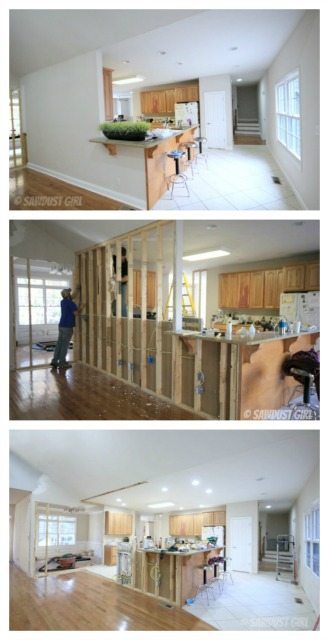 Getting that wall torn out was probably the most exciting thing that happened all year!  It opened up everything up and opened up a world of possibilities for our new kitchen.  I drew up almost 20 different layouts because I wanted to consider every possible option! 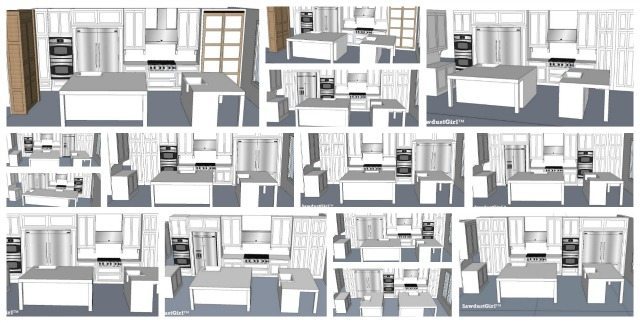 This is “The Plan” we decided on. 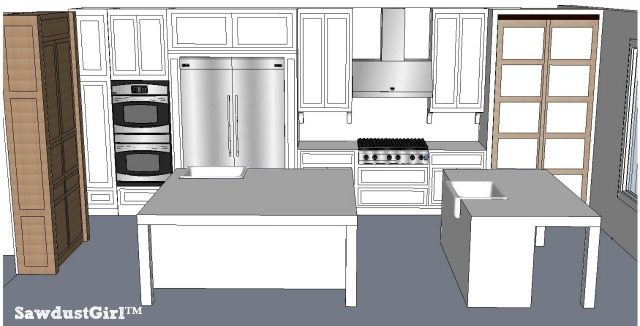 The appliance wall design was rock solid and I built that all out before I decided for sure if I really loved the island as planned once everything else was built out.  If you read my post on planning and designing a built-in closet, you know I’m a big fan of taping off your design.  That’s exactly what we did with the island. 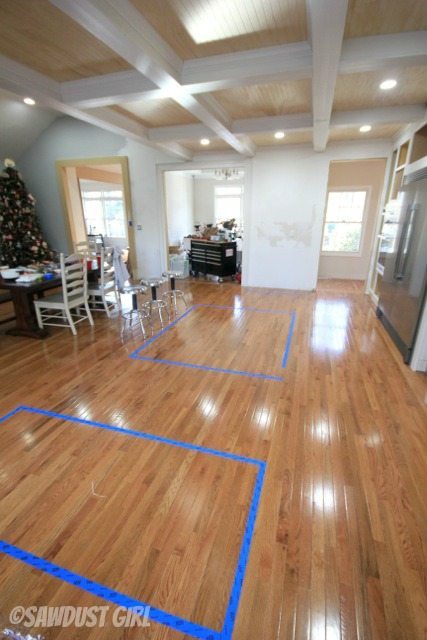 We played make believe with the outlined kitchen island to see how it would feel and Wes and I both decided we didn’t love it.  So we taped off my alternative island design. And that’s the one we loved! 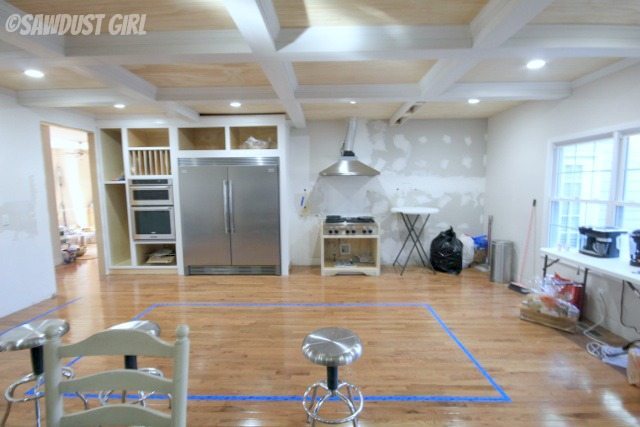 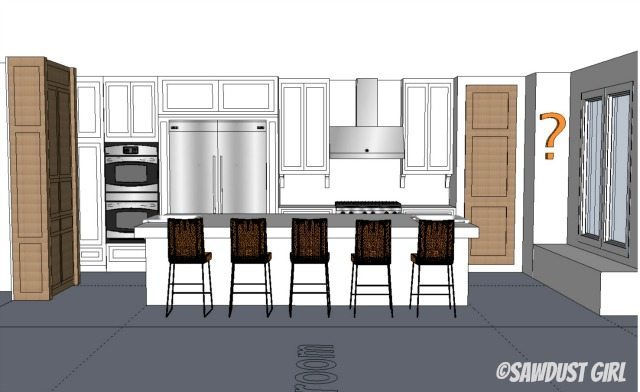 I had back surgery… 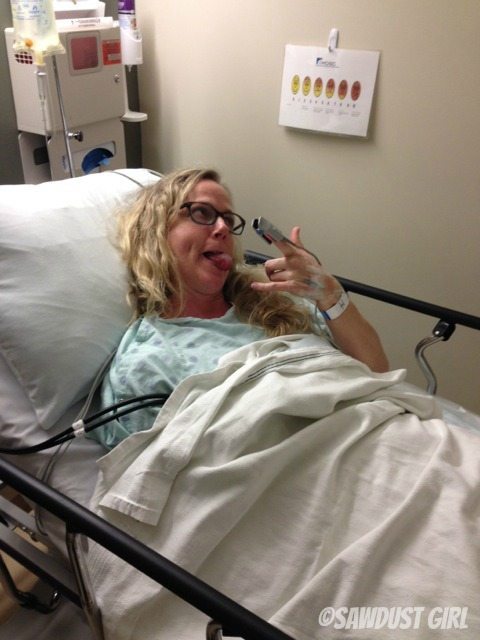 After my back surgery I had to take it easy and not lift over 5lbs for a two weeks before I could upgrade to 10lbs.  SO, that meant I was not doing any DIY.  I hired a couple handymen to do a bit and Wes and Madison took directions really well and finished my cabinets. 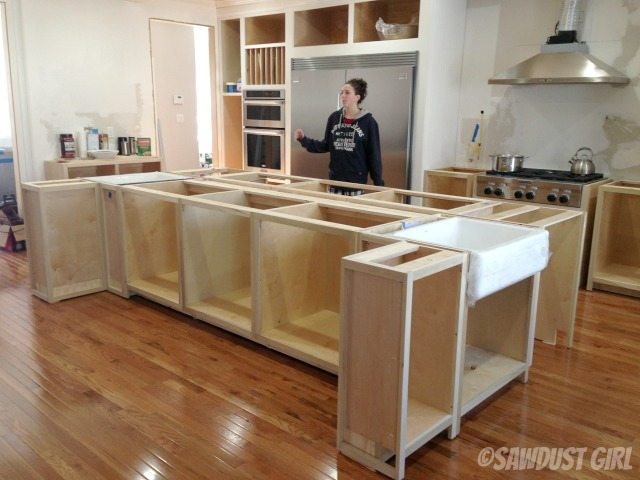 And we got our countertops! 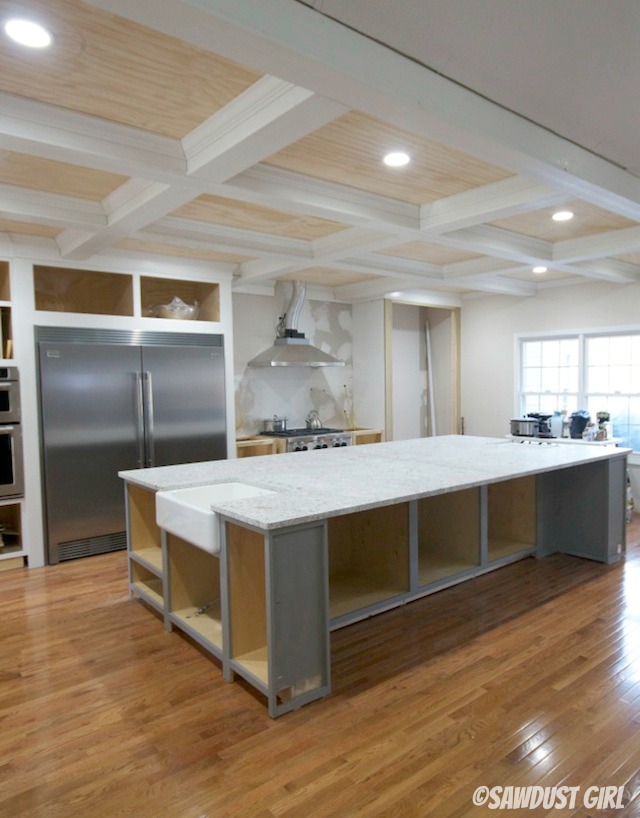 Several months later and I was strong enough to install my backsplash and build some floating shelves. 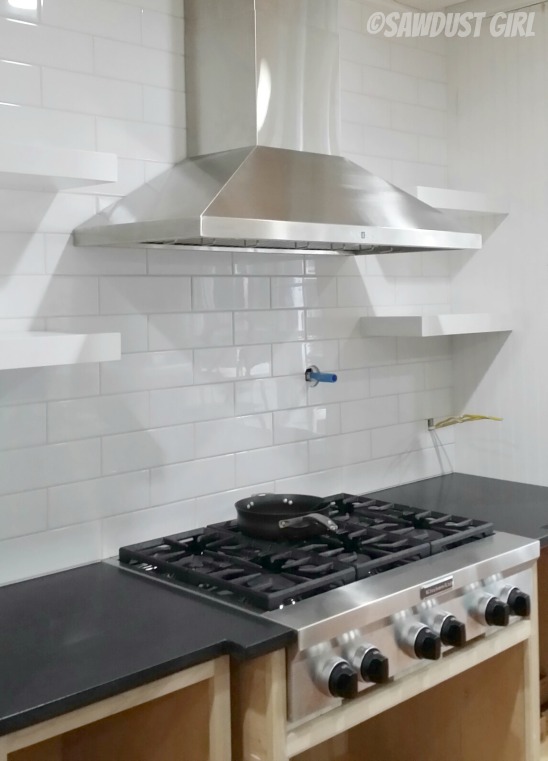 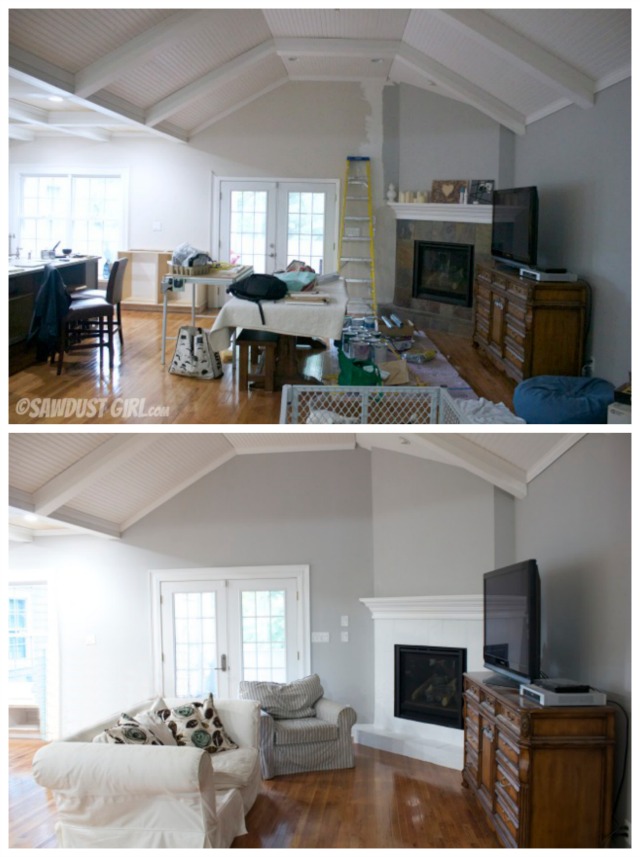 …  I’m all about getting this house to a functional state so I leave a lot of projects at 80% complete and then move on to another part of the house that we have been tripping over for the last 3 years.  (‘Cause the whole house is stupid and ugly).  So I got the kitchen to a functional state and moved on to other things that needed to be done.

THIS is what my kitchen has looked like for quite a few months while I completed other rooms. 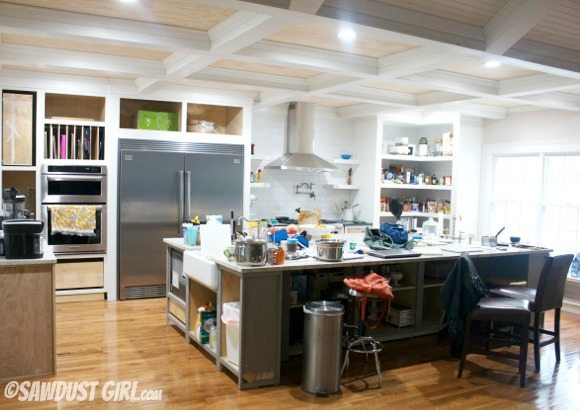 And this is what it still looks like today.

But that is about to change because the kitchen is first on my list for projects to finish in 2015!  There’s not too much to do but it will take me forever to do it anyway.  That’s just how it goes.  I have to build two more cabinets: uppers for the china hutch and coffee station.

Then I have to build all the drawer fronts and doors and because I did an inset design they have to fit perfectly so there will be a LOT of fiddle factor on every – single – door.  Build, fit, trim, sand, paint and install.  It’s going to be excruciatingly tedious which is probably why I have been avoiding it.  My goal is to finish the kitchen by the end of January so I can’t avoid it any longer.

« How to change a light fixture
Kitchen Design Ideas »