Kristy is still going strong building her built-ins for her bedroom. If you need to, catch up here:  One, Two, Three.

William has been using it like his own private stage, singing and dancing up on it. 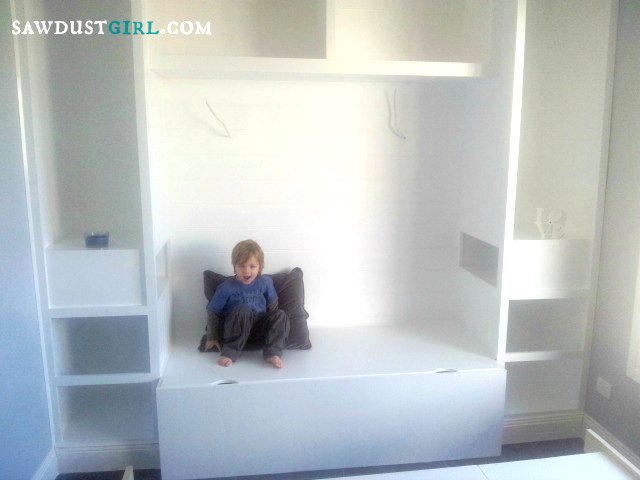 Moving on, here’s what I’ve been up to since my last update… 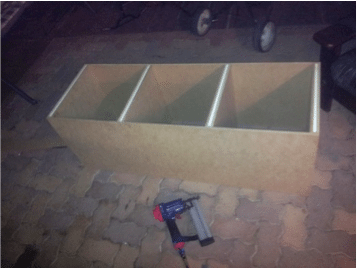 This may look like an innocent box just sitting there not hurting anyone but I can assure you it is NOT. This box will form part of my bed eventually and these three openings will contain drawers which pull out from the side of my bed. As such they need to be accurate in terms of square and they were not! Being the perfectionist that I can sometimes be I measured each opening and one was out by about 1/16”…so I decide that if I use a nice chunky offcut I can hold it over the divider in question and give it a tap with my hammer to move it just a little and then screw it in place (so far I have only nailed and the glue is not yet dry). SO I straddled the whole unit to get a good angle, lifted the hammer and gave it a good whack! I measured again to find that it had only moved a tiny bit…I would have to use more force. So again I got in position, lifted hammed above the head and came down on it with much more force….remeasured and nearly there….just a hair more. For the last time I stretched as high as I could with my hammer while still holding the divider with my other hand and came down as hard as I possibly could with my hammer!!!!!!!!!! Good news is my dividers are all equally spaced now……

Bad news is I also smashed my finger with the blow crushing the nail and breaking the tip of my bone. 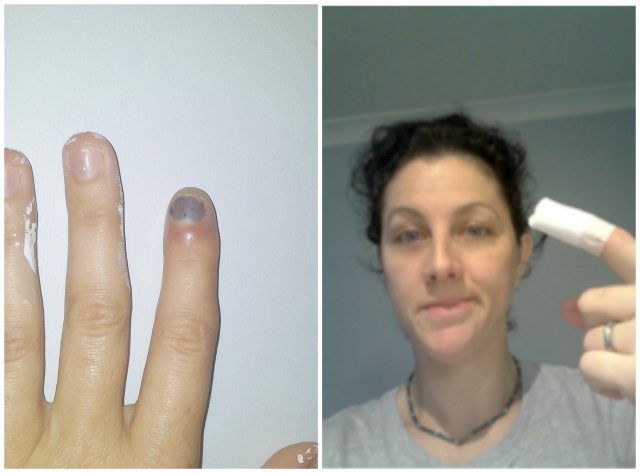 It has been many weeks since this event took place and thus I am able to type again as my broken finger has nearly healed. 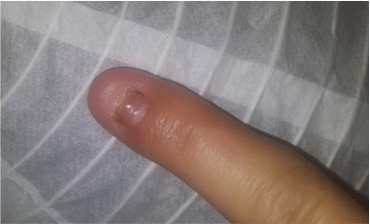 I am not really a sook when it comes to pain but I tell you that this is the most painful thing that has ever happened to me, not to mention the damage to my ego when I did the walk of shame into the hospital and had to explain how I did it. I tried to think of some more exotic story, something involving less of my momentary stupidity, but unfortunately nothing came to mind. The funny part was that I was just enlightening my husband and sister in law about how nail guns were not really that dangerous when you follow all the standard safety precautions about 5 mins before I did this.…. I don’t need anything fancy like a nail gun to damage myself, just and old fashioned tool with some serious weight behind it.

I decided that my punishment for such ridiculousness was to keep going with my good hand and do what I could. 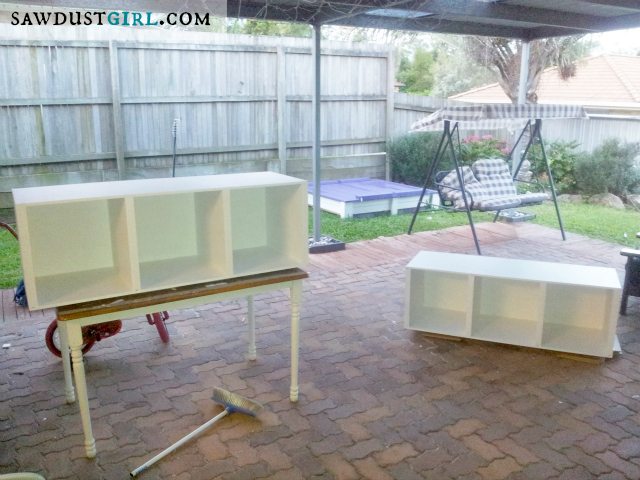 Next job face frames, yet again William insisted on giving me some help while my back was turned for 30 seconds…

What do you mean this is not helping mummy? But look this is what you were doing? 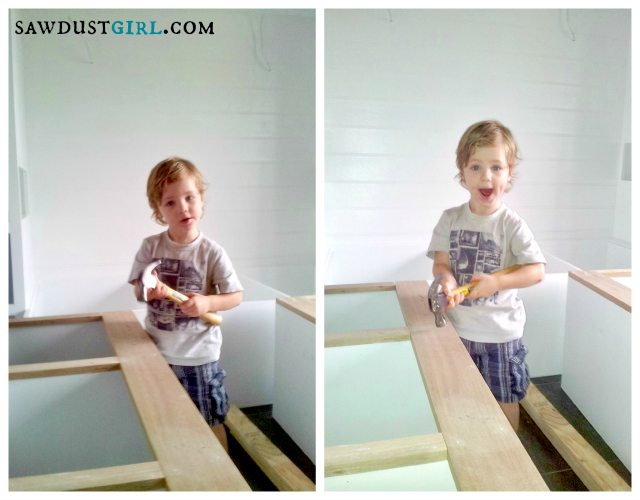 Results!!! A little more sanding than expected before the prime, bless his heart! 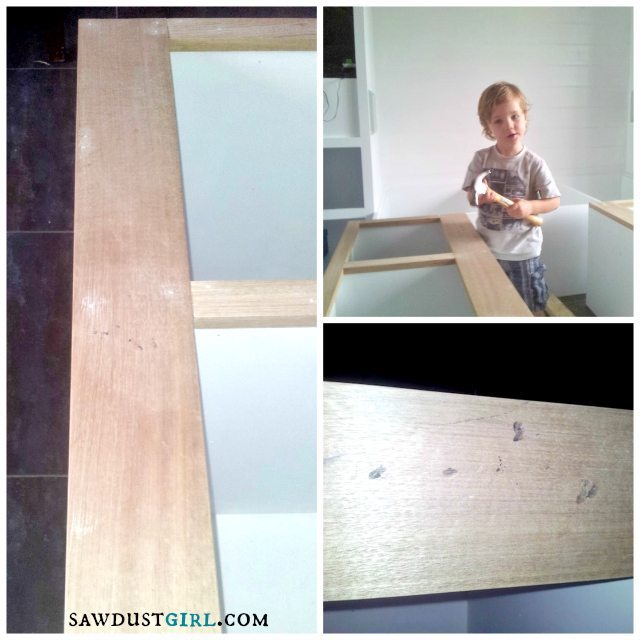 These are standing on the backs in this picture but are basically in place, they will form the two sides to the bed and Sandra and I have been working on a few ideas to utilize the center space between the two….I am so glad that this is finally starting to look like it might be a bed at some point. Shane is super excited and already asking if he can just push the sides together now and throw the mattress up there. 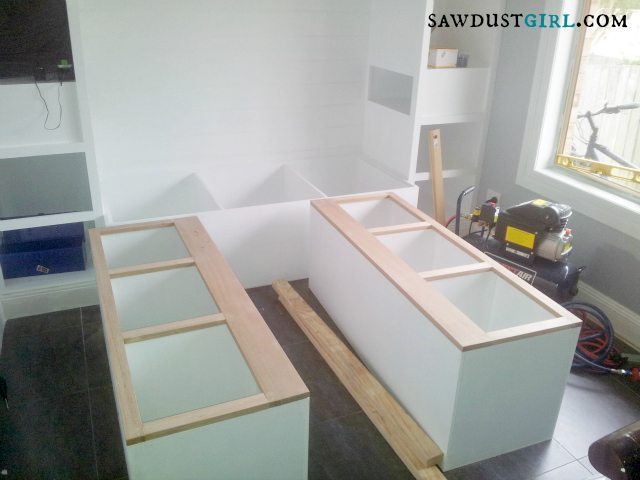