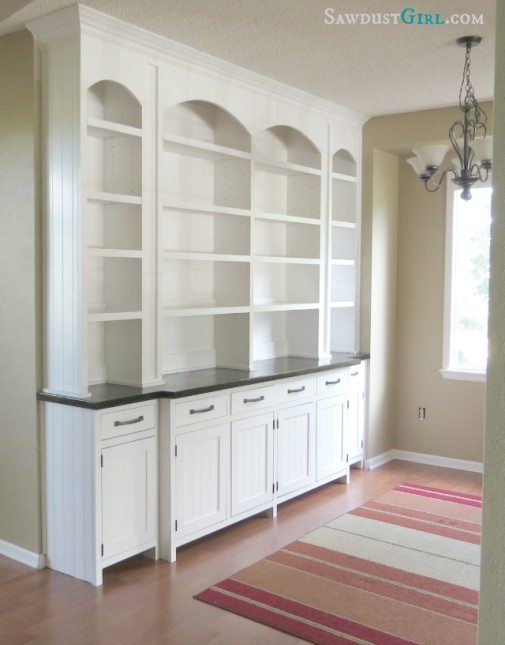 Val finished her dining room buffet and it’s beautiful!  She’s been working very hard on this built-in project for months.   I am very proud of her for sticking with it and striving for excellence.

She had a few hickups along the way because the wall behind the buffet is VERY “off” and there is like a 5′ section that has no studs behind it–most likely a big contributor to the wonkiness of the wall.

At one point she tore out the entire top half and redid it because she wasn’t happy with it.  She sent me a text one morning that said, “So I had a moment yesterday…”.

I personally didn’t think the issue warranted starting over but I wasn’t there — so I trust her judgment.  It turned out amazing in the end! 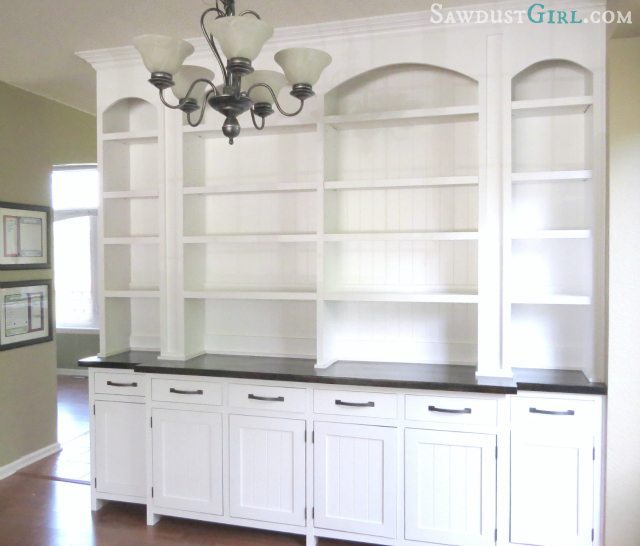 Val went full on SawdustGangsta and did inset doors even though this was her first door project.  She did a great job and I love the hardware she chose. 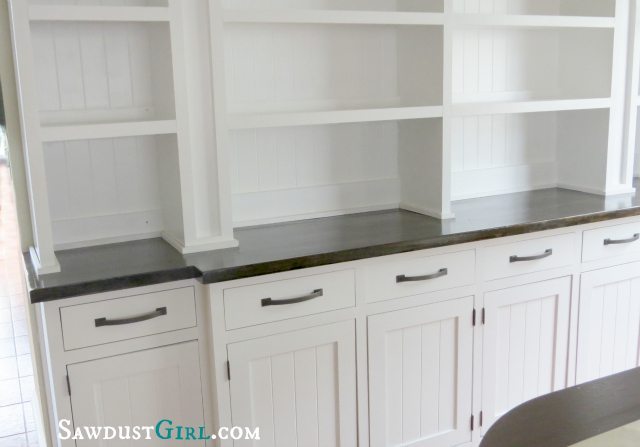 The wall behind this buffet houses an intake vent so we had to get creative to work around that but not let it rule the wall.

The toekick space is open to the cavity of the cabinet which is all open and has no back.  The air circulates just as it would if there were a piece of furniture placed in front of it. 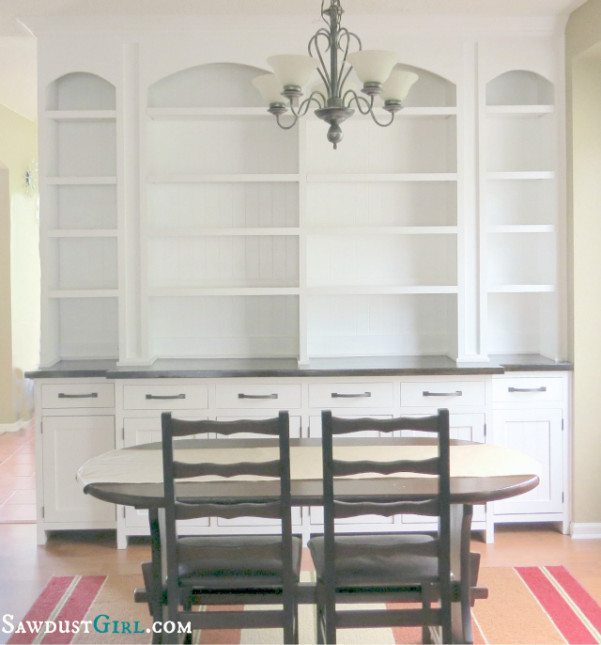 It brings character and functionality to a previously “blah” dining room.

It was a LOT of hard work for Val I’m supre proud of her for getting it done and making it awesome!