I got all the demo in the living room done last week!  I think my original plan showed me just making the two doors in the hallway the same height but I really planned on tearing one wall out all along.  (I just forgot.) 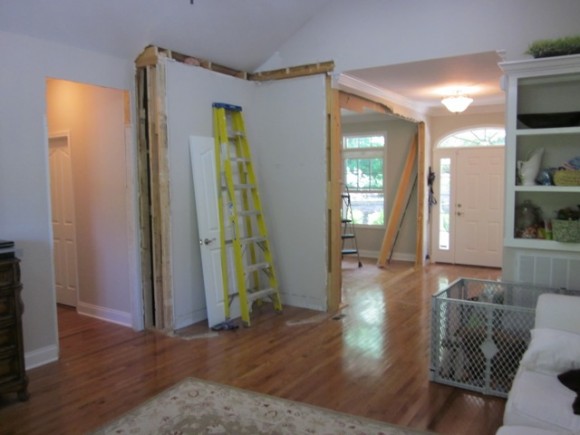 The space already feels bigger than it did before. 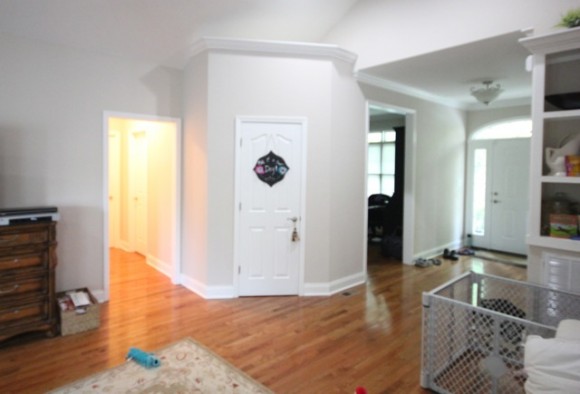 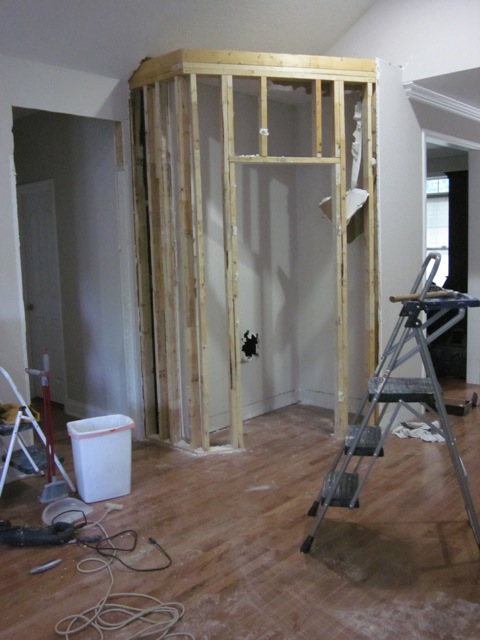 It’s gone, but remember the bathtub? 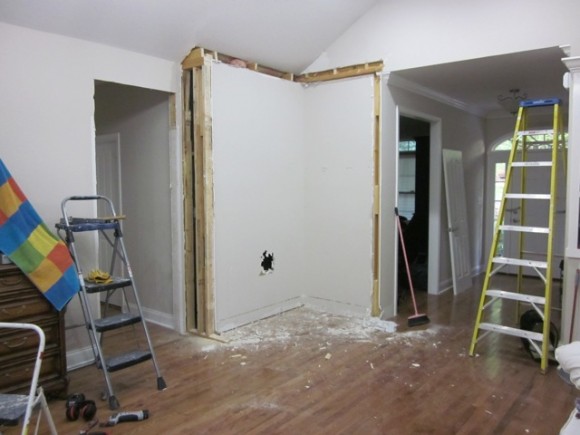 I finally figured out the reason behind the tub being moved out so far (I think).  The door in that bathroom, that barely clears the toilet as it opens up INTO the room, wouldn’t have enough space to open if they’d put the tub in the room properly.

Seriously?  I just ordered the pocket door hardware for that door for $108.  For $108 they could have put in a pocket door and put the tub in the right spot!  In the grand scheme of house building, what’s $108?

*#@&$&#(*@)$#  (I’ve decided to tone down the negativity directed at certain parties when speaking about this house and the way it was designed and put together!)

I haven’t decided what I’m going to do with it.  I know what I could do.  It would like cool and the room would be very functional.  Justnot in the way I wanted it to be and that really irks me and I’m thinking of options that I know I shouldn’t consider because that extra foot isn’t worth the expense, time or effort.  Or is it?  Seriously, there is no where to put a Christmas tree in this house and that’s the spot I wanted it!  RIGHT THERE!  But minus that extra foot it’s too narrow.  Sigh.

I’m just leaving that spot alone for now and moving on to the other areas.

I’ve got to frame out this new,higher doorway.  (I preserved the drywall on the living room side so I wouldn’t have to patch and texture out there.  I hate the heavy texture on these walls but I don’t want to HAVE to change it and patches ALWAYS show up.) 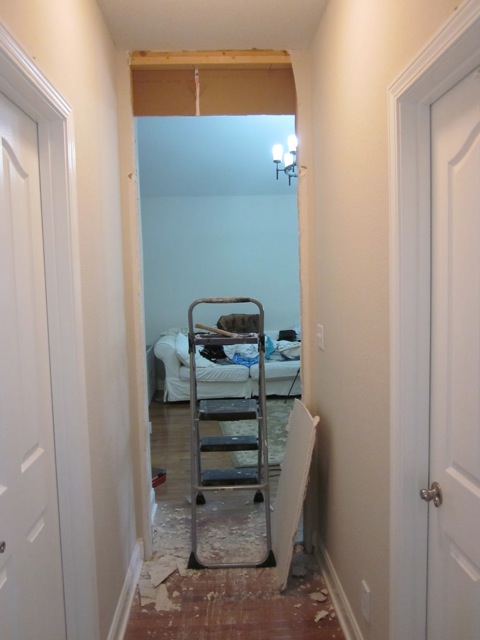 And frame in the new doorway into the formal living room.

What do you think?  Do you prefer the new open space to the old look?