I can’t believe it’s almost Halloween.  I have to admit that decorating this year wasn’t high on my priority list.  Having just moved, the idea of unpacking all the decorations just to pack them back up in a few weeks didn’t thrill me.  But Madison loves Halloween so we did up a Halloween Mantle! 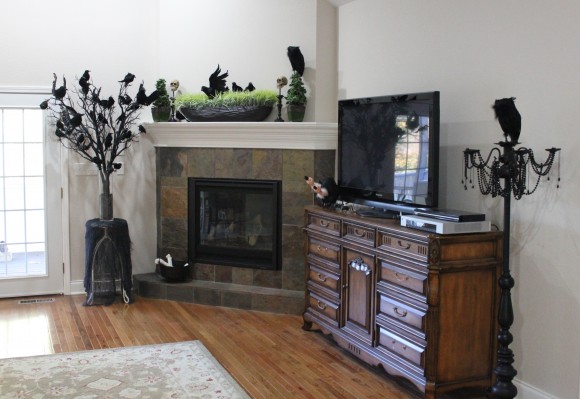 I didn’t even take down the “decorations” we already had on the mantle, I just tried to make it look like they were part of the Spooky theme.  Haha  (Sometimes I’m so lazy it scares me!) 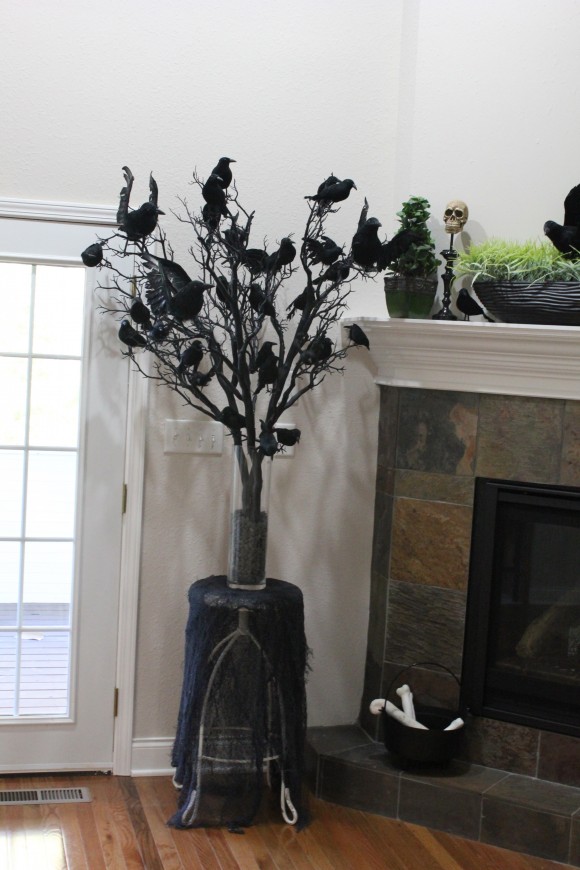 My Halloween Candelabra didn’t fare too well in the move!  You know, the one I made  last year…that used to look like this. 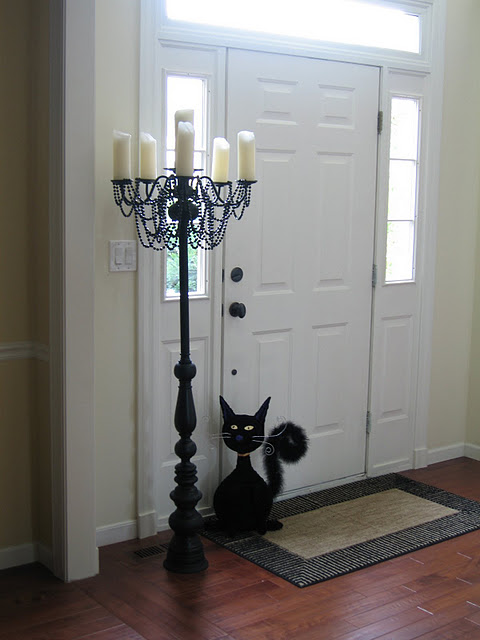 I don’t think the movers even wrapped it because they took it off the truck like this! 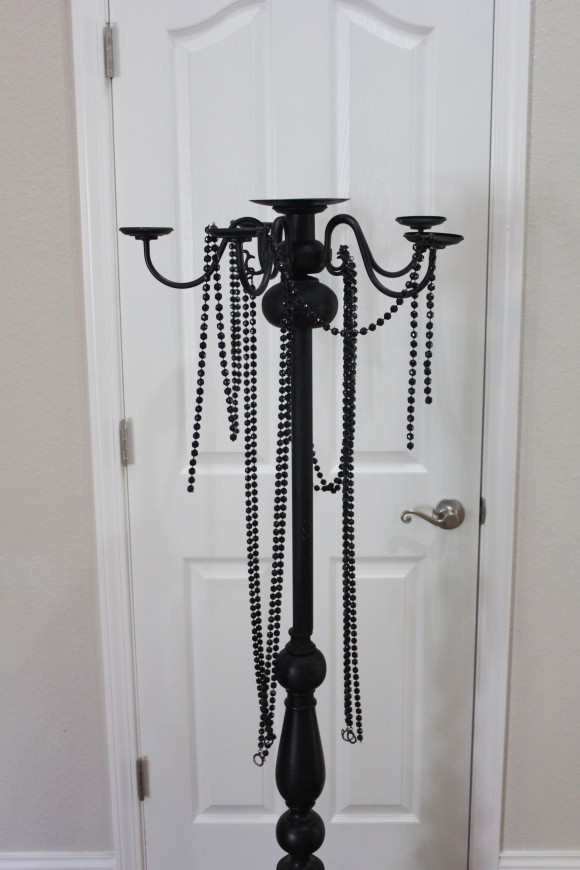 3 strands of beads are lost but I fixed and glued what I could and then added some cute little metal spiders hanging from chains (another Pottery Barn after season clearance item) in the “bare” spots and it’s almost as good as new! 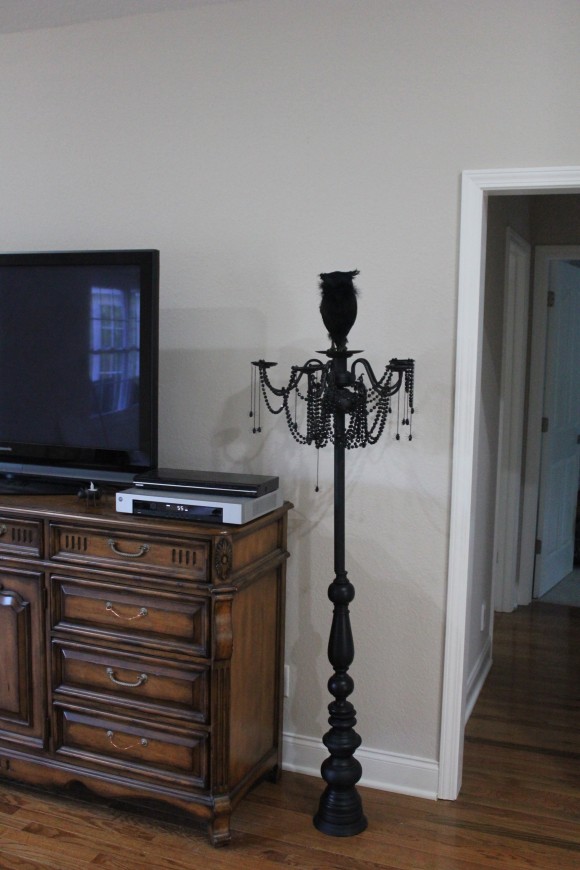 Only I can’t find the candles or the big black cat that were in the original picture.

But that gives me something to look forward to next year! 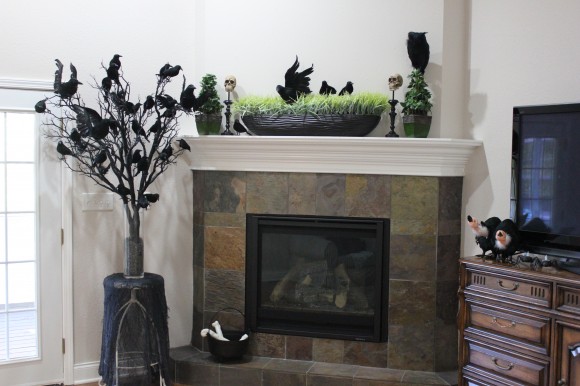