So I got off to a good start building the built-in bases.  I discovered that some of them weren’t exactly square but after Skyping with Sandra I quickly fixed the problem and got the backs attached and moved on to building the faceframes. 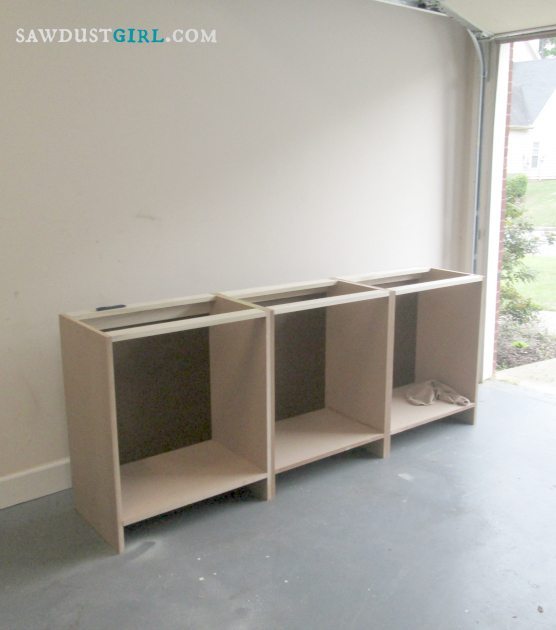 Side note:  I tell you I really thought I was the nail gun queen until I found nails sticking out everywhere. I tried to knock them back into the MDF but they just bent—I literally had to go to Home depot and Lowes to find the right tool to snip those thing down. But now I have a new favorite tool.  That multitool comes in handy… a LOT! 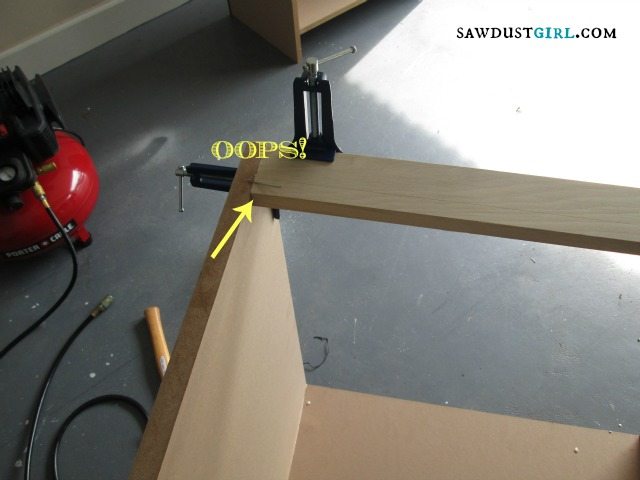 I built the faceframes with only a couple calls in to Sandra and got them attached to my cabinets.  I might have had a little trouble figuring out how to use my Kreg pocket hole jig but once I got it–I went crazy with those things!

I tell you, I had no idea that MDF was that heavy—so enter hubby. He was great help moving and pushing things around so I could nail them in. After this exercise, I definitely applaud people that build things themselves. I was just too thankful for the extra set of hands albeit I had to do a bit of bribery for that to happen 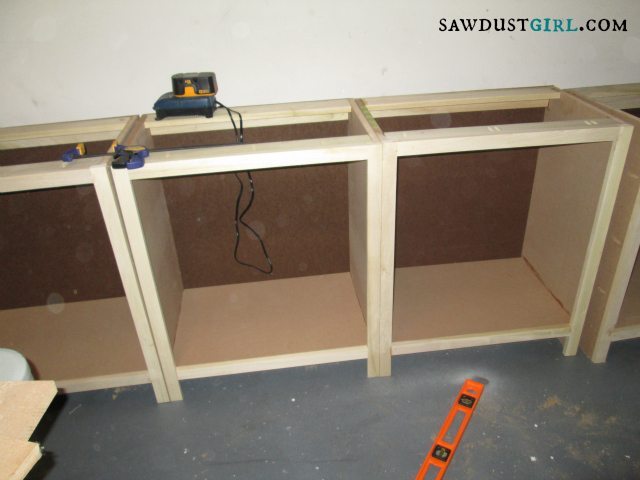 The very next morning I sprang out of bed and ran downstairs to begin to prime my bases, luckily I only had to only paint the parts that were going to be visible – the interior and the face frames —easy peasy I thought—what could be so difficult about painting. Geeze! As the primer began to dry, I could see all the brush strokes (cheap brush). 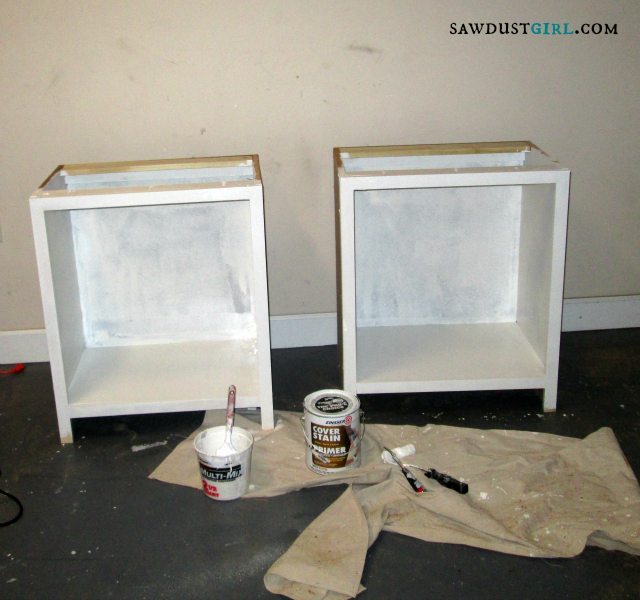 So I got a hold of Sandra, and she gave me more tips and luckily I was able to save the day with a light sand job, once the primer dried—hubby was glad to help.  Then I got two coats of paint on the bases and they are starting to look so pretty I don’t think I’ll freak out as much on the rest of the project! 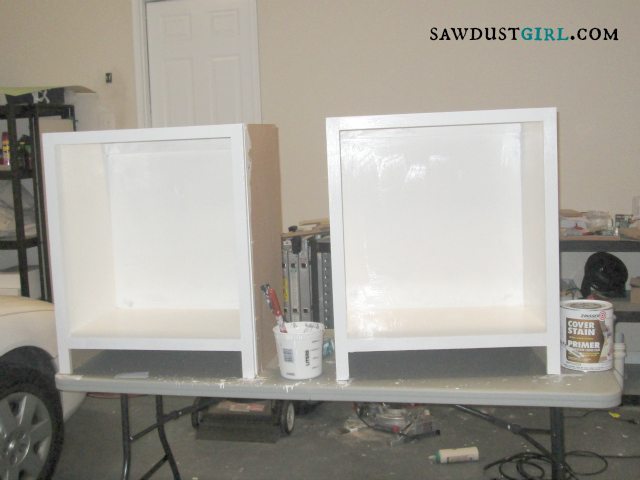 I’ve been so nervous and excited at the same time about this project but I was thankful for Sandra’s level head because I would be lost without my side kick! eekk!

What I learned:  I may need to go to the orange or blue store multiple times a day or even more than one of the two stores or locations in a single day and that is okay. Mkay!