After building the little wall extension  and drywalling, mudding, sanding, priming and painting — I realized that the light switch that turns on the lights for the large hallway, needed to be moved.  I needed to move it closer to the entrance to that hallway.  I’ve been looking ahead at the big picture for this project, but overlooked this minor detail when putting the wall in.

So it had to be done. 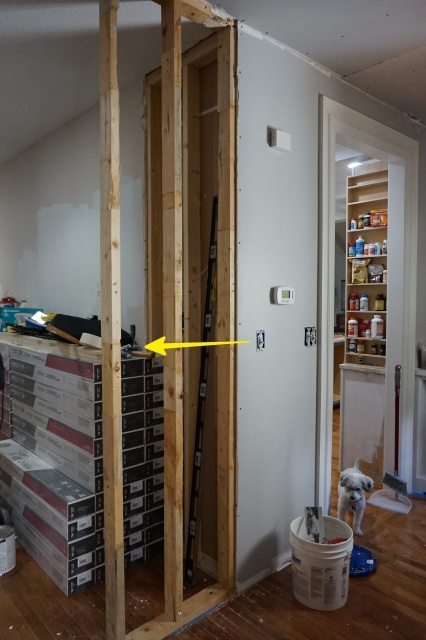 The back of the wall is still open so it was easy to pull the Romex over.  My electrician knows how often I change my mind so he left extra Romex when he initially installed that switch.  I couldn’t get it over as far as I’d like (in a perfect world), but over enough to make sense on that wall. 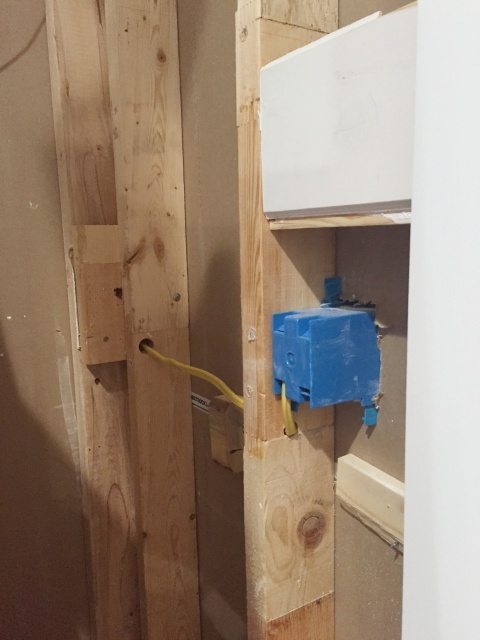 When patching the drywall where the old switch was removed, I secured a block of wood in the hole and then secured the drywall cut-0ut from the new switch.  Easy peasy. 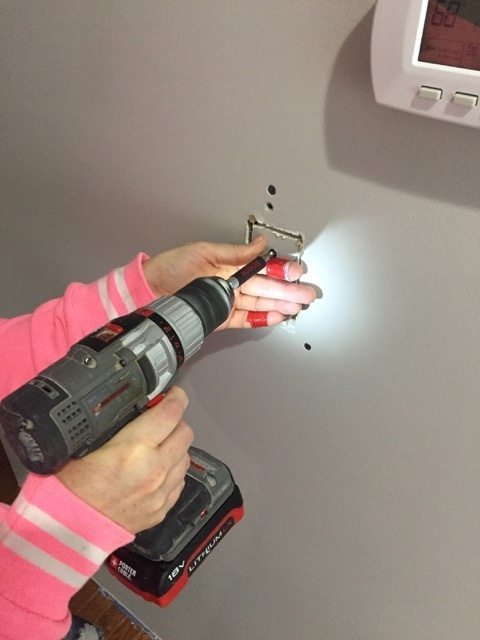 I dropped the first block of wood into the wall cavity so I made a “tape handle” to hold onto the next one while I secure it.

I went through the whole process of mudding my patch, in addition to reinforcing the drywall seam in that area.  I guess I didn’t tape it the first time around and putting in the new switch had disrupted the area so the seam was visible.
So there now, that’s done.  NOW notice how the thermostat is in the middle of the wall?  Yeah, it didn’t really bother me at this point either.  We’ll come back to that… 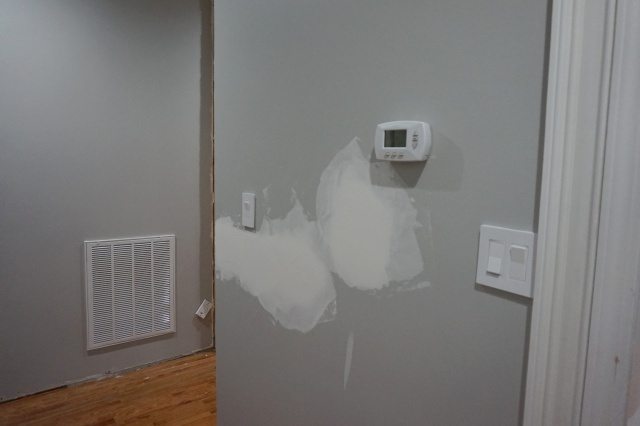 Oh and remember that block of wood I dropped?  I didn’t worry about it at the time.  What’s a block of wood in the wall cavity going to hurt?  Yeah!  It dropped right on top of my vacuum sweep, trapping it so I couldn’t pull it out to install the baseboard.  SO I had to cut the drywall enough to pull the block of wood out of the wall. 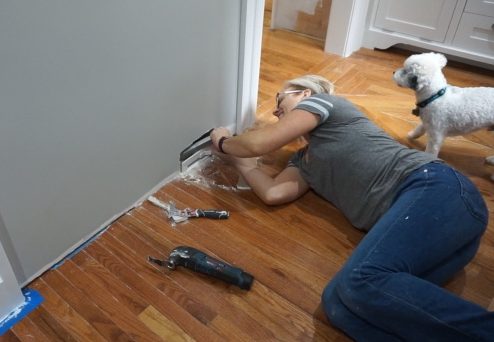 I cut below where the baseboard will be installed so I just screwed the drywall back in place.  It won’t be seen.  Then at some point I slopped on the last bit of mud that was in my tray from patching something else, somewhere else.  (I don’t even know.)  When I mix up a batch of 20 minute mud, I almost always mix up too much so I look around for something that needs some mud!  You do that too, right? 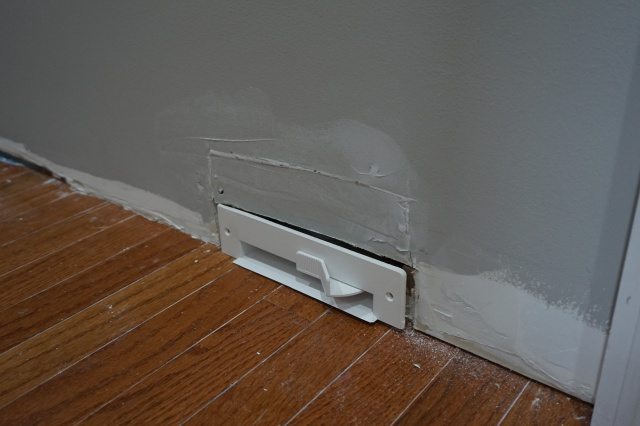 Days later, after finishing up a lot of other things I start looking at this wall again.  I’m thinking about “decorating” and am frustrated that I can’t even hang a mirror or picture on this wall because the thermostat is right in the middle of it.

There’s some extra wire, enough for me to move it over.  So I cut a path in the drywall and notch out the stud that’s in the way (being careful not to cut the Romex that is traveling up that stud). 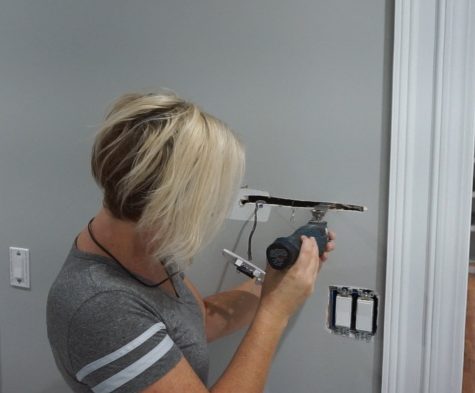 I get the thermostat wires moved over and get the wall patched. 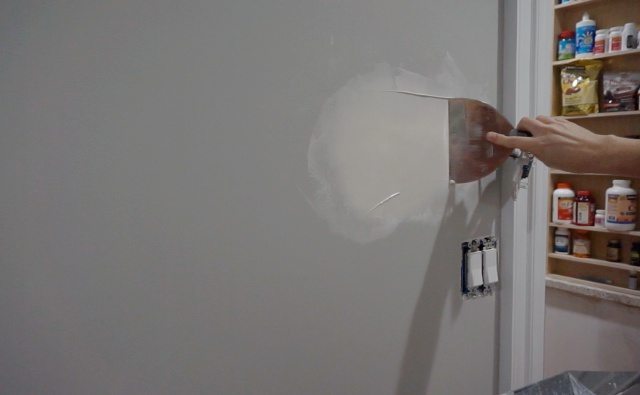 Patching drywall is a multi-step process so I work on other things while the mud dries. 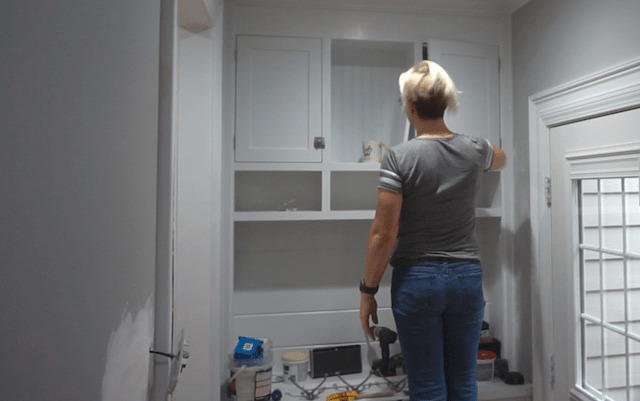