I’ve pulled my share of nails in my life.  I’ve pulled nails out of trim moulding that I’ve removed and wanted to reuse.  I’ve pulled them out of subfloors after ripping out the flooring.  Popped nails, broken nails, miss nails, fail nails…

No matter the reason for needing to pulling the nail, there’s a little trick to removing nails with as little damage to the surface you are removing the nail from as possible.

The trick is to use a fulcrum.  It allows you to apply more force with less effort — like the center of a teeter-totter.  Using special pliers that have a rounded jaw create a fulcrum point that you can rest on the wood and gently roll back and the nail pulls right out.  It’s amazing! 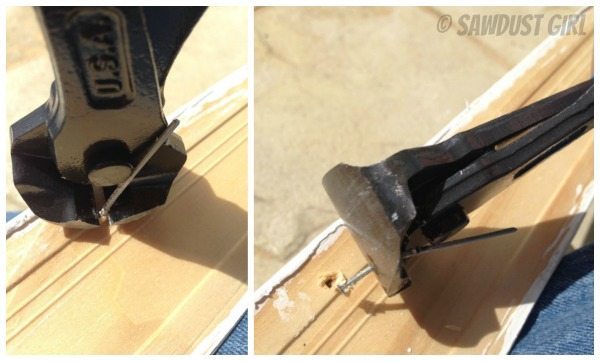 How to remove nails – the easy way

Now technically the pliers I’m using in the photo above are nail cutting pliers but they have the rounded jaw that create a fulcrum point so I can pull nails easily with them.  The genius thing about these particular pliers is that I can either pull nails or cut them off really close to the wood.

If cutting a nail off in a finished surface you’d probably still need to use a nail set  to sink it below the surface and add a little wood filler.  Either method (cutting or pulling) is done with very little effort and minimal damage. 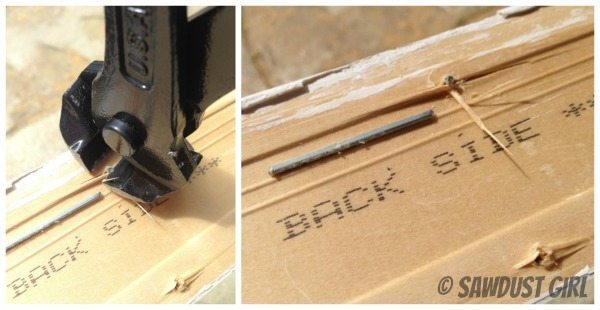 I like my end cutting pliers and use them as both nail cutting AND nail pulling pliers.

For BIG nail pulling jobs, you might want to pick up a pair of crescent nail pulling pliers that have a REALLY BIG rounded fulcrum point under the jaw allowing you to pull longer nails in one motion.  Sometimes with the end cutters I have to reposition the jaw to a lower point on the nail to get the entire nail out. 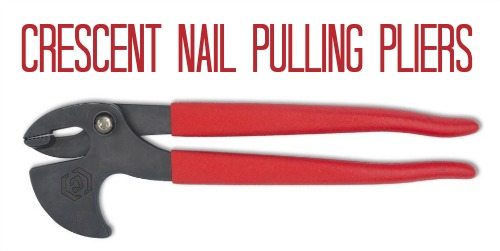 Either plier will make short work of pulling all those nails out of your next demo project and let you get back to the fun part of putting it all back together again that much sooner! 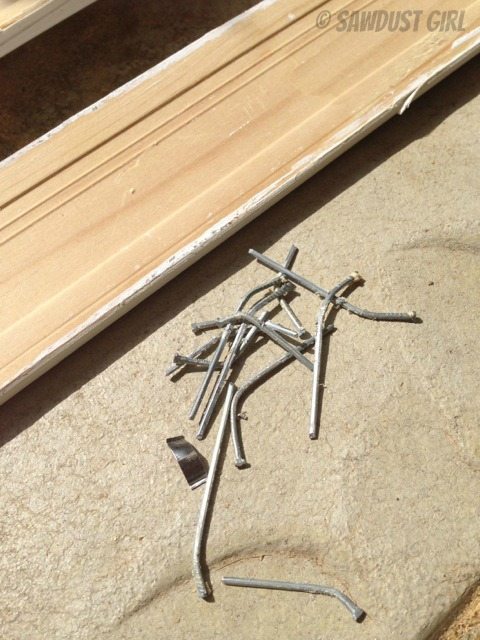