I’ve been finishing up the little hallway to the bedrooms and powder room.  I’m on my third try at casing the one door that doesn’t have enough wall to match the rest of the door casings.  I also redid the plank ceiling.  I wasn’t loving the Faux planks I originally put there.  Not after doing real v groove 5/8″ planks on so many other ceilings in this house. 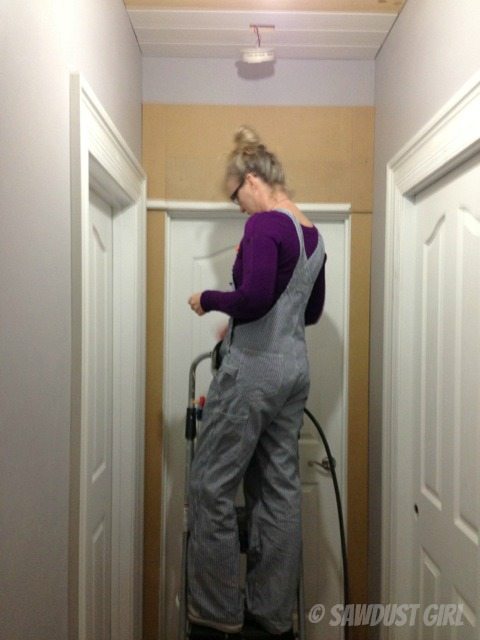 So, in order to finish off the plank ceiling and the new door casing I needed some crown moulding and I didn’t want to run out to get some so I just ripped the existing crown off the ceiling in the entry.  I’m going to plank that ceiling at some point and will have to remove the crown at that point so it’s something I’d have to do eventually anyway. 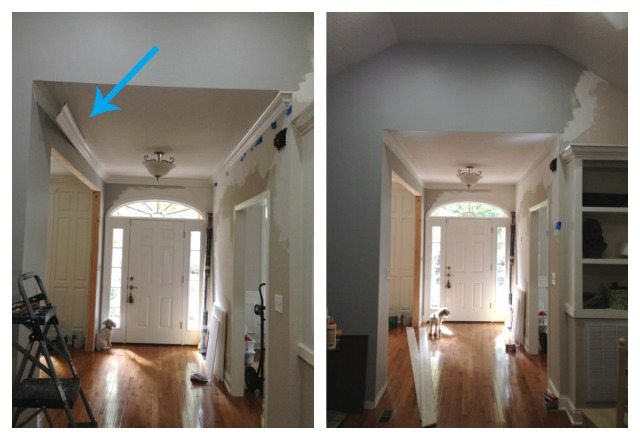 I’m not sure why this action lit a fire under me but it did.  We’ve been wanting to get our kitchen remodel under way and would really like it done before Christmas.  Which means I need to get some contractors in here to do some key things.  So I made some phone calls, set some appointments and started ripping out and prepping the things I need to get done before the contracted work happens.

I started by ripping out this, most hideously build bookcase that sits on top of a giant intake vent.  Seriously, Madison’s friend cut her arm (bleeding) on the rough edge.

That intake is going to be moved next week!  Woohoo! 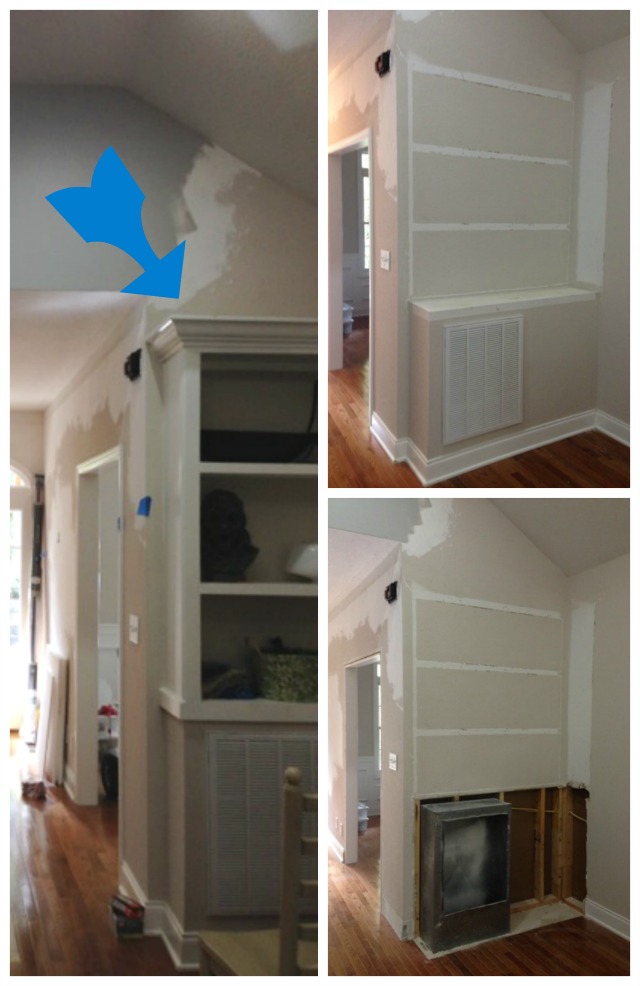 Then I framed out and drywalled the door to the formal dining room. 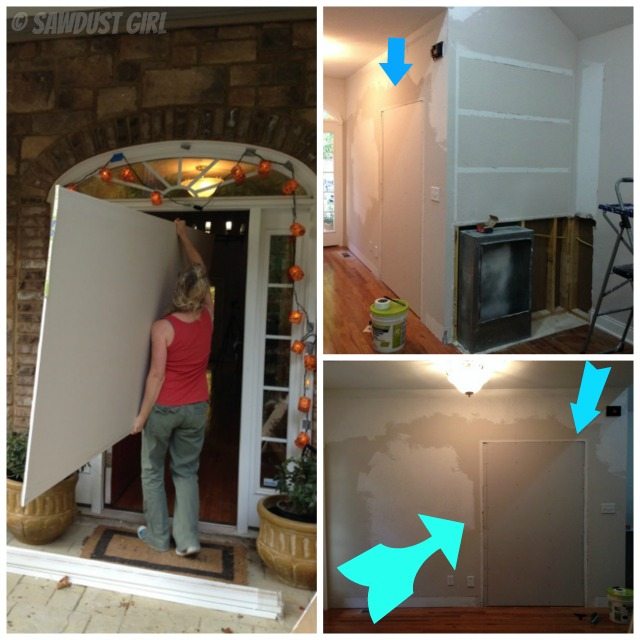 I’m seriously on FIRE to get tons knocked out!  This small living room feels so much bigger just by removing the coat closet and that dumb bookcase. 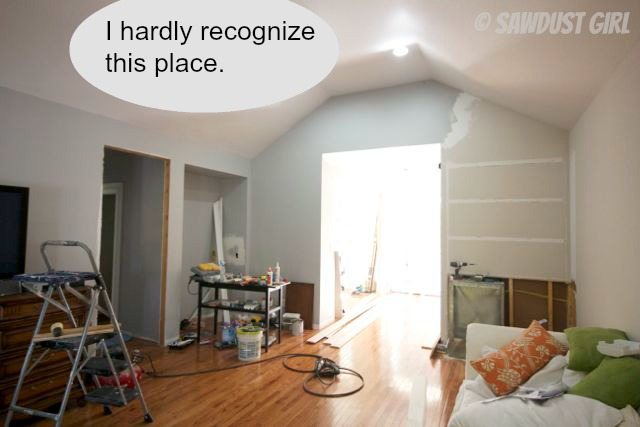 This room is barely recognizable from what it was originally.  My original plan forever ago was to open up the dining room like I did in the library. 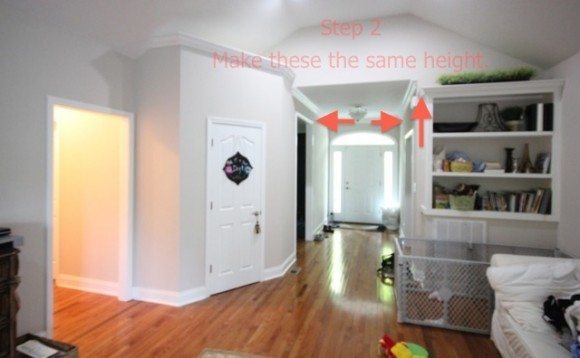 But I’ve since changed my  mind.  This is where the entry is headed. 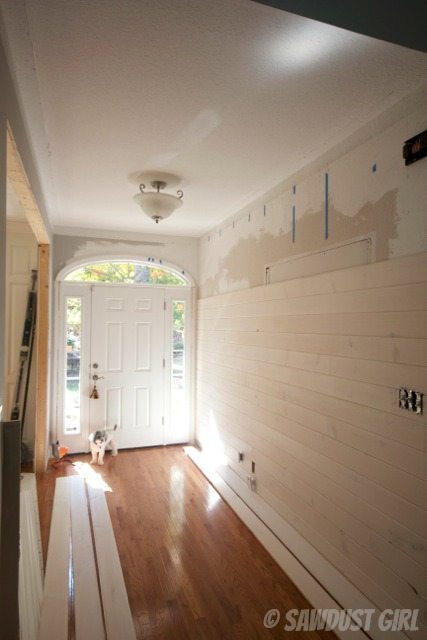 Shout out to Shelley who lives in the area and came help me today.  She emailed me a few weeks ago and said she’d love to come learn next time I installed planks.  So Shelley came and helped me for a few hours today which was great because these 12′ planks would be nearly impossible to install alone.  Thanks Shelley — you definitely rocked it today.  I hardly believe you’ve never wielded all those tools before.  You’re a natural!

Anyone else in the area want to come be my helper/apprentice?  Work is so much easier and more fun with two people!  😉