We’ve been in this house for over two years now and while I’m not the best housekeeper in the world, I do enjoy HAVING a clean home on the rare occasion that it happens to get cleaned!  Spring arrives and you feel a little push to dig a little deeper and get your house just a little extra clean. Maybe you clean out the fridge, purge your closets, wash your walls. (I had a neighbor that did that every spring.) Maybe you take a look at your windows. That’s what I did a couple months ago and once I started actually LOOKING at my windows, I realized just bad they were.

They were BAD! There were cobwebs on the screens, the outside sill was nasty and the windows themselves were hard water spotted and dirty. 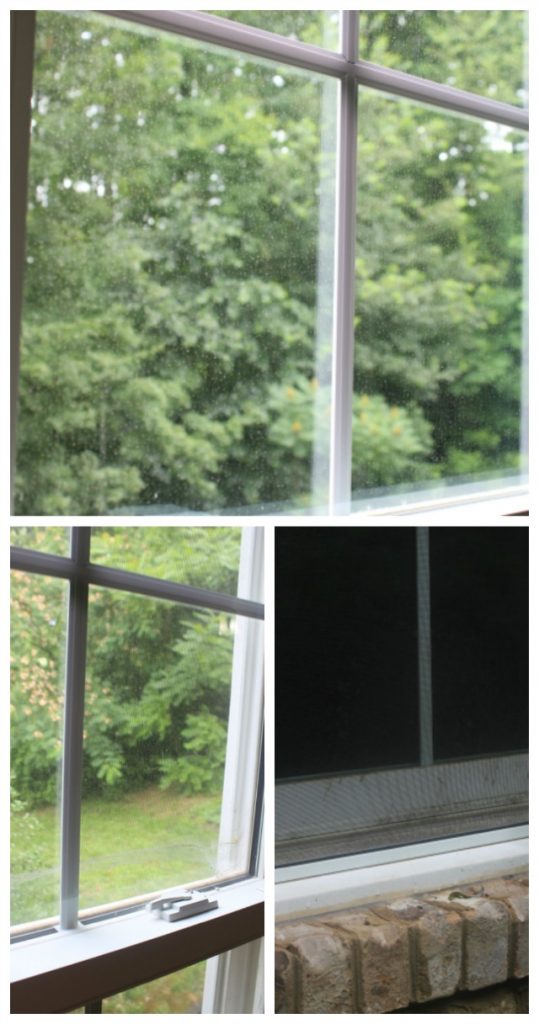 So I contacted Fish Window Cleaning and had them come out and give my windows a good Spring cleaning and in the process, I learned something I never knew before.  I learned how to keep my windows clean longer.

So the Fish Window cleaning guys swooped in and cleaned ALL the windows including all the screens in like 2 hours!  (It’s a big house!)  They were very kind not to mention the absolute chaos from all the construction going on in the house and never once acted annoyed at having to climb over boxes of crap to get to the windows.  (“Wade through” boxes of crap might be a better description for some of the rooms.)

They cleaned inside and out, up and down and maybe even upside down to get every nook and cranny of those yucky windows cleaned. 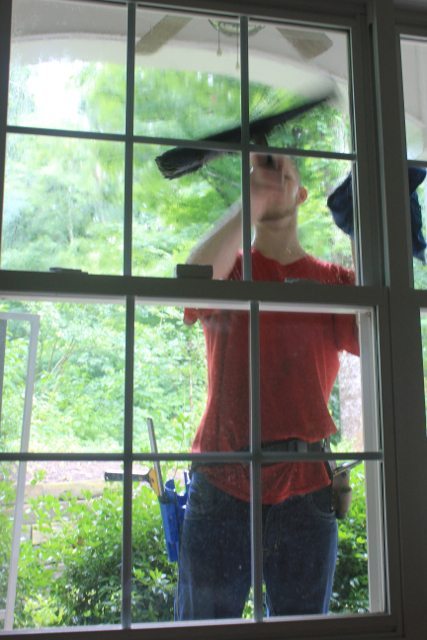 When they were done those windows sparkled — it was a beautiful site! 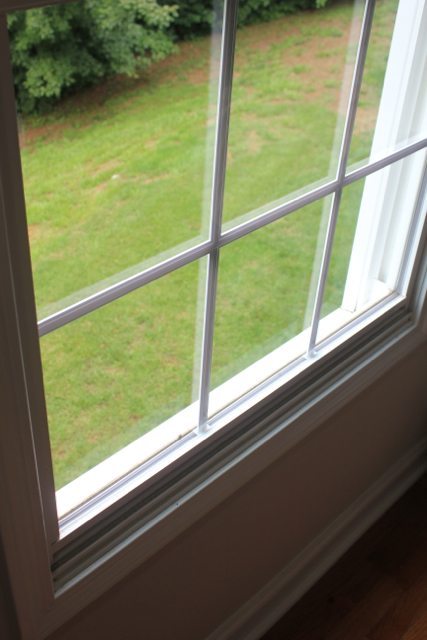 So they were just finishing up and one guy asked me, “Do you ever open your windows?  Do you want us to put the screens put back in?”

I was thinking, “Well you took them out didn’t you?  Put everything back the way you found it — only clean!”  But luckily I didn’t actually let that come out of my mouth because that would have been rude.  I was still trying to figure out a nice way of phrasing that exact thing when he continued, “I ask because window screens actually trap the water and dirt in and make your windows get dirty faster.  If you leave them out you’ll have clean windows much longer.”

What?  The thought had never occurred to me but it makes total sense.  The rain gets pushed IN because of the force of the wind and gravity and then it just sits there all hot and humid, staring out at the world until it dries leaving a shadow to mark it’s brief existence in the world!  And during that brief existence the wind came to visit bringing it’s friend, Dirt.  And then Dirt couldn’t get back out through the tiny holes so it stays long term…  That’s how it happens, really.  That’s how windows get dirty in the first place. 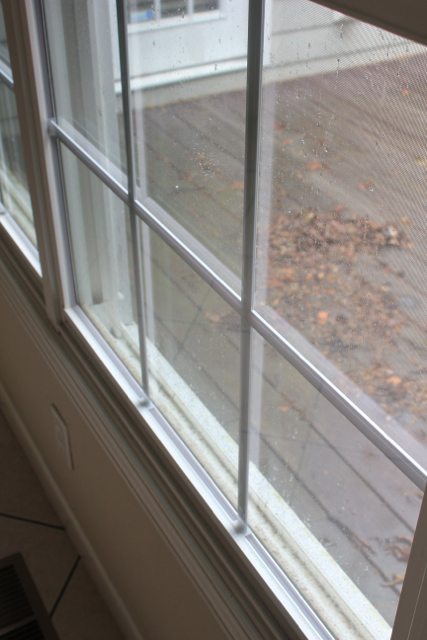 So I said, “No, let’s put the screens in the garage”.  Because we never open the windows in this hot, muggy environment.   Except the ones in the kitchen because there is no exhaust in there (totally ridiculous but that’s another story for another day) so we have to open the windows there to fan out the burnt toast smoke so the fire alarm will shut off.  (Every time!)

I decided to test out their story about the windows and screens.  It’s been about 2 months and the windows with screens are definitely spotted and the sills are looking pretty cruddy.  On the other hand, other than a couple specks here and there the screen-less windows are still quite clean and clear. 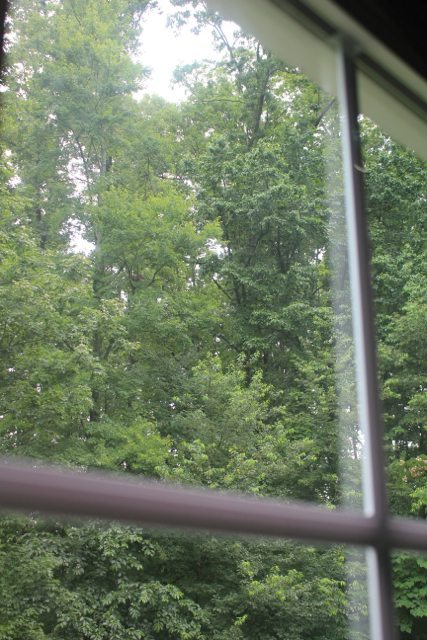 Huh!  Those Fish window guys are pretty smart!   Maybe you already knew that but I never would’a known.  What about you?  Do you have a cleaning tip to share?

This post was brought to you in partnership with Fish Window Cleaning.