Madison and I have planned a very special dinner for Wes tonight and since it’s so super duper special, we made a special “Ghostly Halloween Chalkboard Menu” so he’d know what he was in for!  Muhahahahahaha 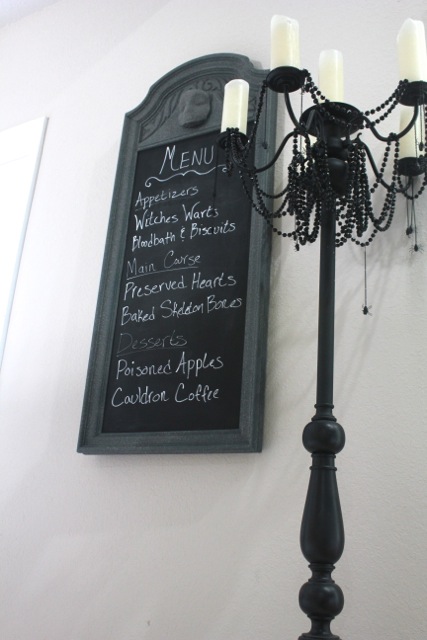 [pinit]
I know, you totally want to come over for dinner tonight, right? 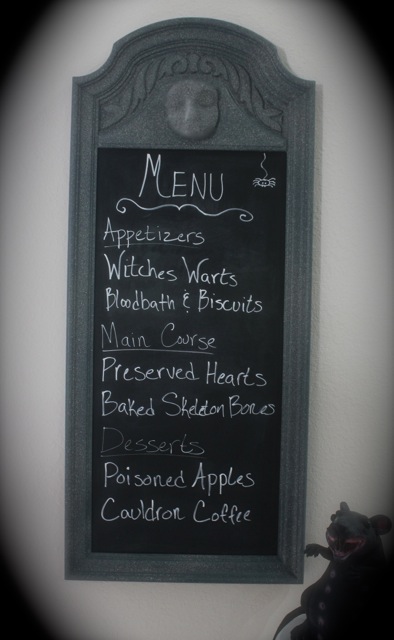 Halloween has always been Madison’s favorite Holiday.  Last year it sneaked up on us and flew past before we knew it was there.  The entire last year did, actually.  BUT NOT THIS YEAR!  This year we have oodles of projects in store.  She has two full weeks of Fall break and SHE has big plans for making about 10 projects.  (I kind of hoped to get some things crossed off my to-do list but…I’ll try to do both.  sigh.)

We finished one project today.  It started out as this mirror I bought at the Habitat ReStore for $8.  I removed the mirror and used the hardboard backing for the chalkboard surface.  I used chalkboard spray paint for that — because it’s SO Easy! 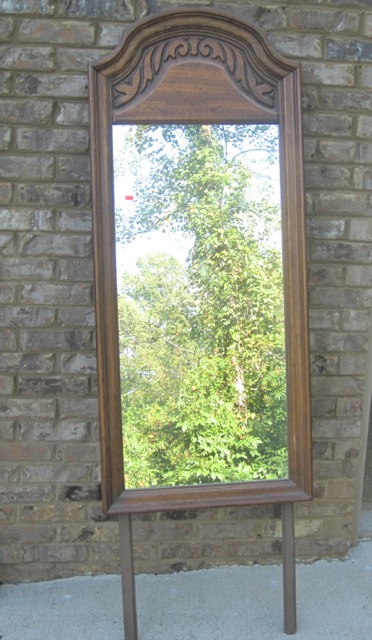 We sanded it lightly then primed it and painted it with a grey base coat.  And then…we painted it with Valspar stone effects paint.  We wanted it to look like a gravestone.  And even though you can’t tell from the pictures, it does…and it’s cool! 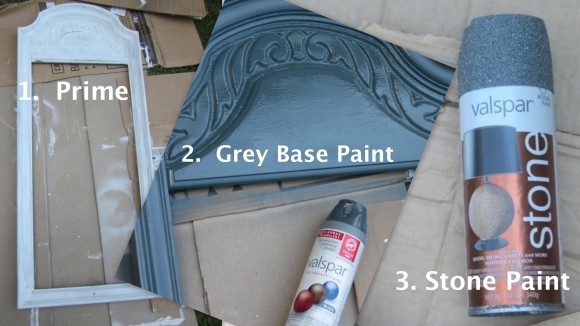 Then I cut the “Ghostly Face” off a Styrofoam Beauty Salon head!  (Sounds so violent.) 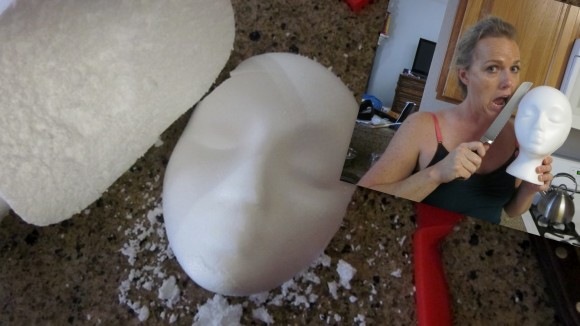 If you aren’t aware, spray paint KIND OF MELTS Styrofoam so don’t be alarmed if you try this at home and  your “Face” shrinks a bit.  The stone effect hid it though so we didn’t care.

Then Madison got creative with our menu! 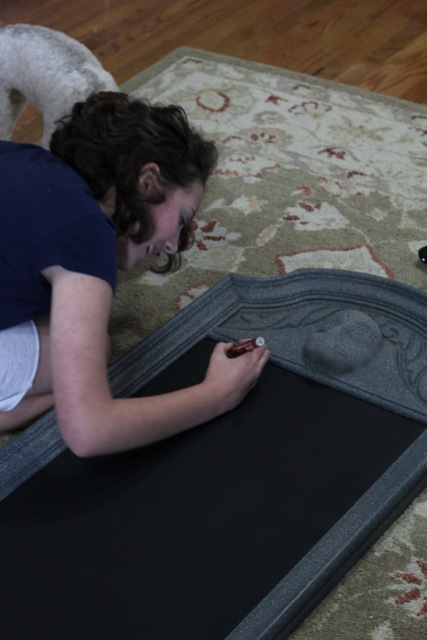 We’ll start off with a few “Witches Warts” and a zesty “Bloodbath and Biscuits” soup.  Followed by “Preserved Hearts” and “Baked Skeleton Bones”.  And last but not least, “Poisoned Apple”s and “Cauldron Coffee” for dessert.  You TOTALLY want to come over for dinner!

We tried styling it with out GROSS rat from our All Inclusive Holiday Mantle but Brody kept trying to eat the spider hanging off Mr, Rat’s tail! 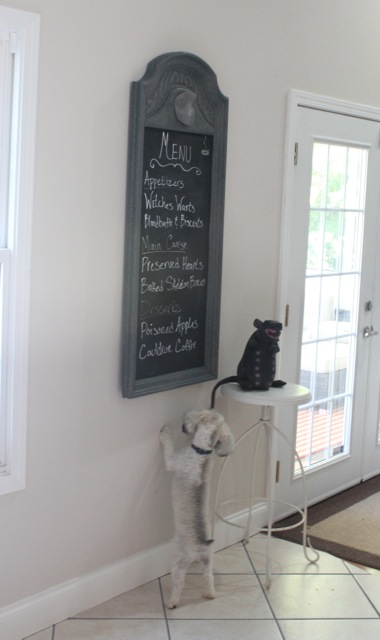 So we ended up with our famous Halloween Candelabra sans Kitty.  I did find her though.  The movers packed her up in a box of fabric and labeled the box “Garage”.  ???  Whatever! 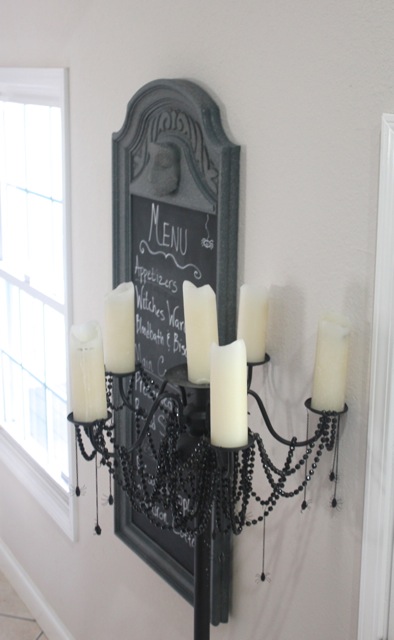