Want to know what I think about at O-dark-thirty when I should be sleeping but can’t because there are too many projects that I need to start and finish and I want them all done immediately but know it’ll take years?  Lately I’ve been thinking about ceiling fans.

I’ll just be blunt.  I don’t love ceiling fans.  I think they’re generally … not that attractive.   I’ll remove them from the living areas but we generally have them running at night in the bedrooms during the sweltering summer months.  (Even though the sound of the whooshing blades makes me slightly motion sick.)  It’s just too hot to get rid of them.  What are you gonna’ do?

I’ve been looking for most attractive options.

This is the one I’d buy if I were a gazillionaire! 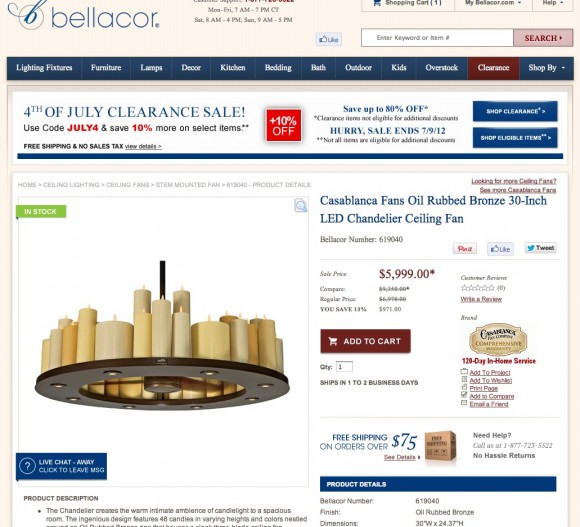 This one is kind of cool.  It’s too industrial/modern for my home but my brain wants to look at it as the beginning to a DIY’d version of that first light.  I know, completely crazy! 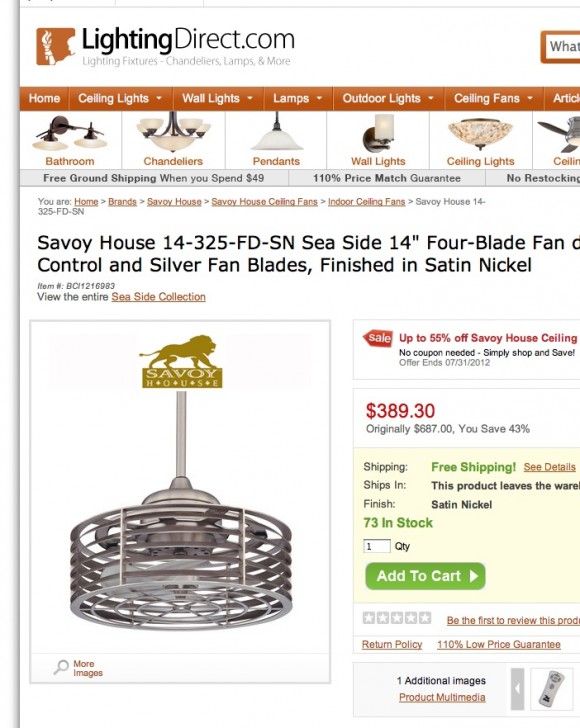 I just don’t know…maybe something like this.  It’s simple,and unobtrusive.

It’s no Casablanca, but who can afford that thing?

What are your thoughts on ceiling fans?  Has anyone ever DIY’d a ceiling fan?  Is that completely crazy?  It’s getting harder and harder for me to discern the “Realistic – Crazy” ideas from the Crazy – Crazy” ones.